As a big system was brewing throughout the north pacific, we decided to travel to Bahia Tortuga (Turtle Bay) at a faster pace than initially planned.  We did the trip as a "passage", with a brief stop on Isla San Martin and a short overnight stop (<12 hours) on Isla Cedros. We've included some pictures of the enormous elephant seal on the beach at Isla Cedros - as you can see, we got a bit close. Unfortunately Charlotte's barking (when she finally discovered he was there) caused this guy to boogy back into the water and settle a little further down the beach. Oops.

For some reason this passage was harder than some of the others we did further north up the coast. Maybe it is just that we are out of practice as we've been enjoying the shorting hops that we did down the California coast. For whatever reason, this one was difficult. It didn't help that I felt pretty seasick for the first 24 hours. I switched up my seasick meds on this trip though (can't think of why now), so I guess I shouldn't have been surprised. I'll be going back to the old standard (scopolamine patch and stugeron) for the next passage!

We were pretty happy to arrive in Bahia Tortuga on Wednesday afternoon. We immediately put the dingy in the water and went to shore, keen on using our new dingy wheels on the nice sandy beach by the wharf... Or at least what looked to be a nice sandy beach... It was sand alright, above the waterline - unfortunately there was a whole line of large rocks just below the tide line, that were impossible to see in the murky water close to shore. Needless to say, our first beach landing with the dingy wheels was a disaster! The wheels got stuck on the rocks and we couldn't pull the dingy up at all. Did I mention there is just enough surf to be difficult? Through shear force of will, we somehow got the damn thing up the beach. How we didn't break the wheels off, I'll never know. From speaking to some of the other Cruisers in the bay, we realized we weren't the only ones who'd discovered that "dingy wheels down" while going into the beach at low tide wasn't going to work on this beach!

We were smarter the next day. We rowed into the beach through the mild surf with the dingy wheels up, then pulled the dingy up the beach as far as we could. Gary then lifted the back end of the dingy (thankfully we have a very small, light dingy so this is possible) while I put the wheels down. Then we rolled it up the beach. It worked like a charm and we even looked like we knew what we were doing. At least we learn from experience...

Our first land chore was to fill our jerry cans with diesel. We loaded our jerry's onto our cart and set off through the dirt streets of town. While no where close to level, the roads were manageable with the cart. We met about a billion scruffy looking dogs along the way, but happily none seemed agressive towards us or Charlotte. We reached the Pemex gas station and filled up without incident (we even did the whole transaction in Spanish - thank god for our 'Spanish for Cruisers' book!).

Town itself is pretty typical rural Mexico (from our limited experience, anyway). Dirt streets, mostly concrete block houses, few plants (this is desert, afterall), faded names on stores, garbage, street dogs, loud speakers screaming from the top of cars etc. In other words, fantastic. This is the 'real Mexico' we came to see, not the santitized Malecon of Mazatlan or Puerto Vallarta, where gargage cans are a-plenty and everything looks clean and orderly (although that is OK too). Cruise ships certainly don't stop here. We've heard this town described by other cruisers as 'Coyote Ugly' or as 'rough',but I think it has a charm of its own. The people are friendly and they don't hassel you like they do in the touristy parts of Mexico. They say buenos dias, then go about their business. Like other parts of Mexico, they have a wonderful sense of community, as we can hear something going on in town every evening (tonight it's an 81st birthday celebration). It is primarily a fishing village, so there are a ton of pangas booting around the bay, plus a few bigger US charter boats. How the town sustains itself, I'm not sure. But, it is here, and it is welcoming. 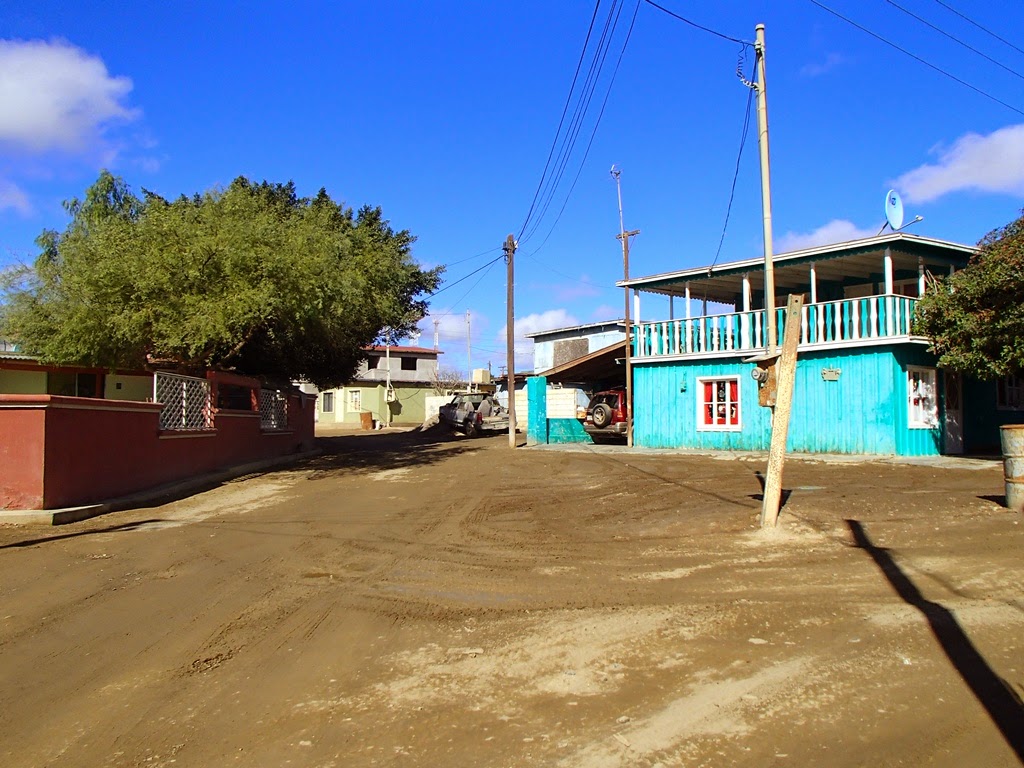 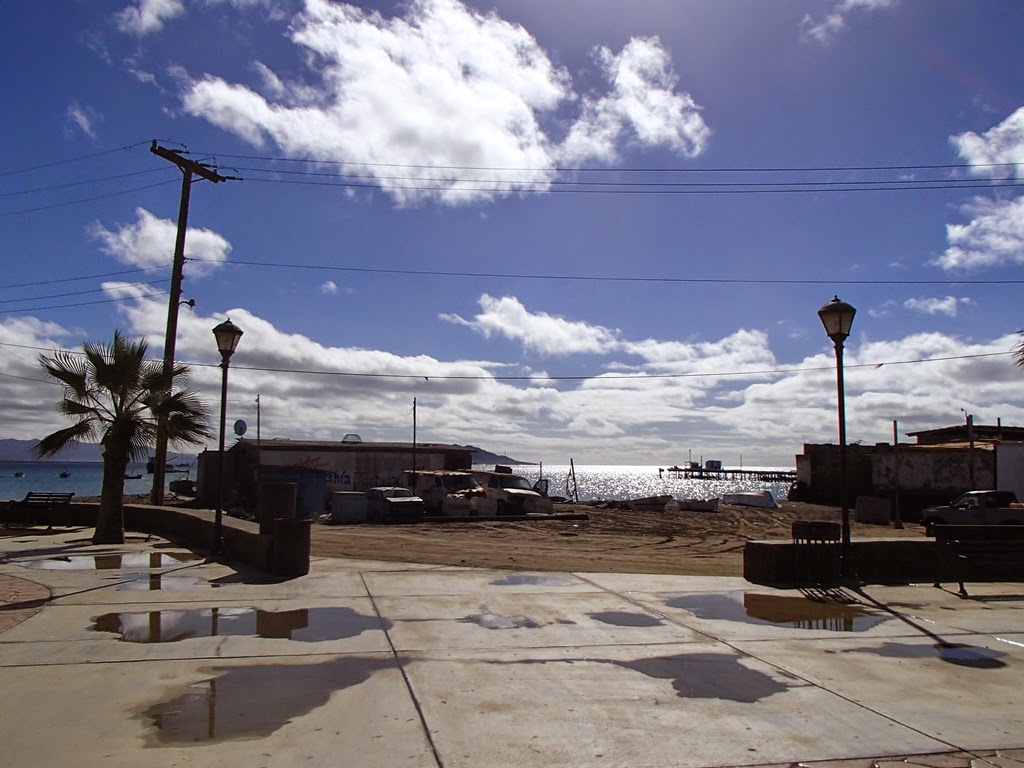 We've had a pretty relaxing stay so far. We've attended a potluck, hosted a games night and had a dinner party. We've done some reading in the cockpit, and enjoyed the national geographic scene around us. Today we had pelicans dive bombing the boat, dolphins and sea lions circling us and loons serenading us. Not a bad life.

We are also taking this opportunity to teach Charlotte to be a better boat dog. We have only been taking her to shore once a day (around noon) and we've been encouraging her to pee on board in the evening. So far so good - she has peed on her pee mat for the last 2 nights. We haven't had as much luck in the morning, but we're getting there. We'll get her to pee while we are underway yet!