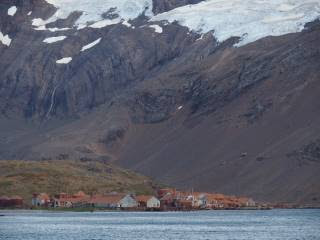 In the wake of Shackleton, Karina and I will endure these difficult days aboard the World Explorer.
Posted by Gary and Karina at 3:56 PM