As Gary felt we needed a destination on this trip,we decided to circumnavigate King Island.  This is a very large, steep island that goes about 60 nautical miles inland - it is on the way to Bella Coola, if that helps gives you an idea of where it is.  The main attraction of the trip was a set of hot springs about half way around. We spent about a week doing the circumnavigation.

Our first stop was Ocean Falls, which is essentially a ghost town.  Up until 1980 the town had 5000 residents.  Then the mill closed town and they tried to bulldoze the town.  The remaining residents stood in from of the bulldozers and managed to save the downtown core, but the rest is gone.  The remaining residents (about 20 in the winter) live about 2 miles out of town in a little community called Martin Valley.  They take amazing pride in what's left of Ocean Falls though and have been working hard to preserve it.  We met Herb Carpenter, who is the unofficial mayor of the town.  He arrived in 1989 after the mill had closed and is largely the reason Ocean Falls still exists. He managed the very well maintained public dock and seems to keep everything moving in the area.  It is hard to imagine what will happen to this unique place when Herb and others like him aren't around anymore (Herb is 80...). 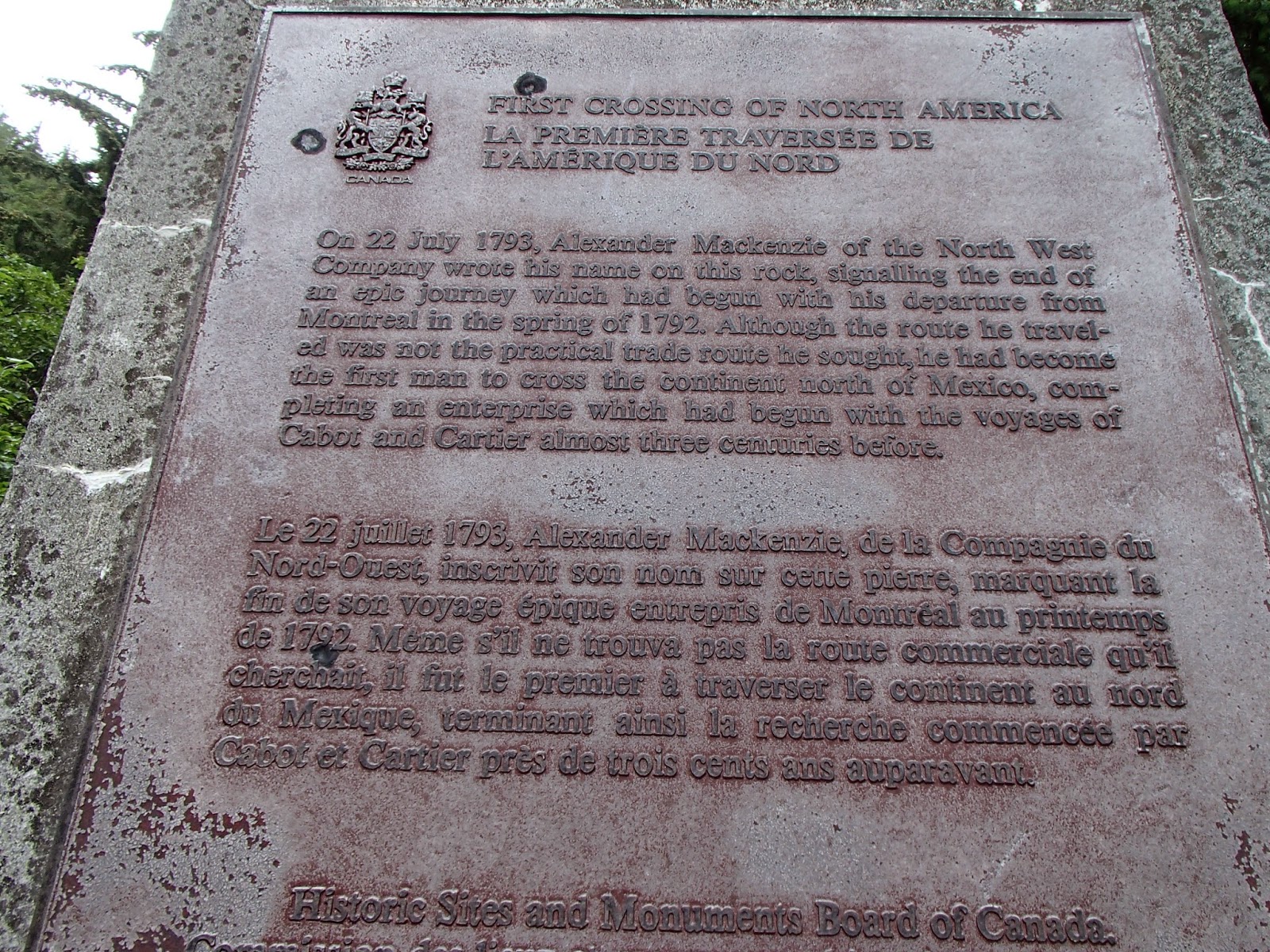 After Ocean Falls we sailed up Dean Channel to a place called Elcho Harbour.  It was one of the prettiest bays we've ever been in.  The main attraction here was visiting the place where fur trader Alexander MacKenzie ended his trans-Canada trek.  He carved his name and date into a rock on the point to commemorate the end of this trip.  Legend has it that he didn't go any further as his native guides from Bella Coola couldn't guarantee his safety against the warring Bella Bella band.  I guess he figured he was 'close enough'.  Anyway, it took some searching, but we finally found his damn rock.


After the rock, we headed to a Eucott Bay where we enjoyed a few days soaking in the wonderful hot springs there.  It was a popular stop for locals and cruising boats, but there seemed to be an etiquette that each group got to enjoy the hot springs in solitude.  It was difficult to tear ourselves away from such a lovely spot, but the horseflies made it easier for us!  After a few days of overcast and rain showers, the sun came out on the day we were leaving, and with it came the horseflies.  We thought Roscoe Inlet was bad for flies, but it was nothing compared to this!  The horseflies waged an all out attack as we were leaving - the battle raged for a full 6 miles out of the anchorage (ie, about an hour).  All three of us were exhausted, but we stood victorious.  We then spent the next hour cleaning up the hundreds of fly bodies that littered the cockpit and deck.  Charlotte ate her fair share just to make sure they were dead.


The last place we stopped was a little cove called Cathedral Point half way down Burke Channel.  The scenery around this area of the channel is truly stunning and some of the prettiest we've seen.  We were treated to 3 separate dolphin shows on the way down the channel.  The dolphins took time out of feeding to play in our bow wave - very very cool. At about 3 am we were awakedned by what sounded like a tsunami in the bay, but was in fact the dolphins herding salmon in the cove. We couldn't see them in the darkness - all we could see what the bio-luminescence they caused.  Little streaks for the salmon all around us, but streaks for the dolphins.  It was quite a fight!

Here are some scenery pics of Dean and Burke Channel that generally sum up the area.