After the fantastic weather we’d experienced in Caleta Julia with our friends on Rum Doxy, we didn’t think it could get any better.  It turns out we were wrong.

We took advantage of the calms in the Beagle Channel to travel up Seno Pia, a fiord that has three separate glaciers that come down to the waters’ edge.  It was overcast and drizzling when we arrived and we could only see the lower half of the glacier, but it was still one of the prettiest spots we’ve ever seen.  We anchored and enjoyed a quiet afternoon and evening, the only disturbance a visit from a fox who sniffed our shoreline before disappearing into the forest.

Our friends on Zephyros anchored overnight in a different arm of Seno Pia, but contacted us the next morning to ask if we wanted to go with them to visit the three arms of the glacier in their aluminum Boreal 47 sailboat.  As there was quite a lot of ice, there was no way we could take Sea Rover through, so we jumped at the chance.  In overcast conditions we picked our way through the ice strewn water up the western arm of the glacier.


Most of the ice bits was quite small (a few feet across), but there were several larger pieces we needed to avoid.  Jon dodged as many as he could, but inevitably we crunched through many of them.  Sea Rover definitely would have been unhappy!  Daxton, the youngest son on Zephyros occupied himself by picking up small bergy bits from the water with his net as we slowly cruised along.  Little did we know that he’d later “sell” these to us as ice for our drinks!  The ice got thicker as we got closer to the head of the glacier, and finally it got to the point where we couldn’t go any further.  We drifted slowly about a half mile from the face and enjoyed the total serenity.  It was magical.  The sun poked its head out a few times and gave us a glimpse of what was covered by the clouds – the majestic peaks we’d been privileged to see on our hike with Rum Doxy two days previously. 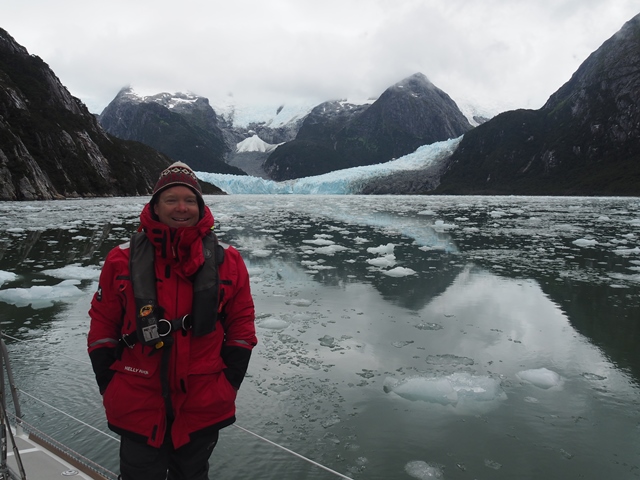 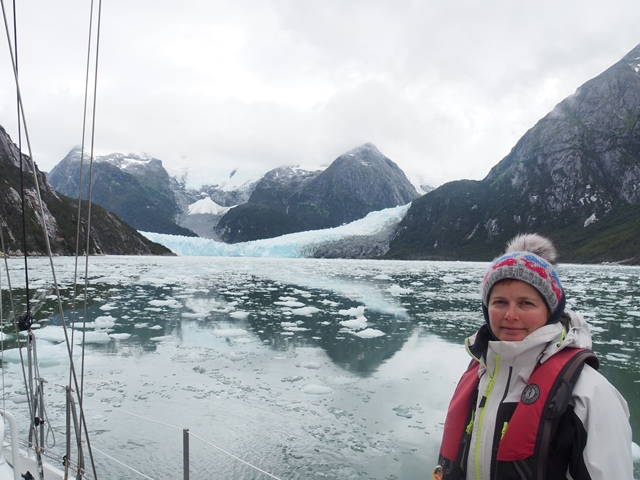 After a lovely lunch floating amongst the ice, we slowly motored back down the western arm and made our way into the middle arm.  The ice wasn’t as dense and so we were able to motor to within a quarter of a mile from the face of the glacier.  We watched a few calving events and took lots of photos.  As we got ready to leave, the sun made another appearance and the skies started to clear.  By the time we were passing the last glacier, the sky was almost cloudless and the mountains were spectacular.  We headed back to the anchorage where Zephyros rafted to Sea Rover for the night.

The next day was bright and sunny with not a cloud in the sky and so we hiked up the hill behind the anchorage to get a birds eye view of the middle and east glaciers and their adjacent mountains.  A rough, muddy trail led through a beautiful Fugean forest of stunted cypress, moss and many flowering bushes.  We ended up on a plateau of rock overlooking the glaciers.  Spectacular.  We watched two condors soaring in the sky above us, and let the morning drift into afternoon.  We even removed our jackets for a short while… 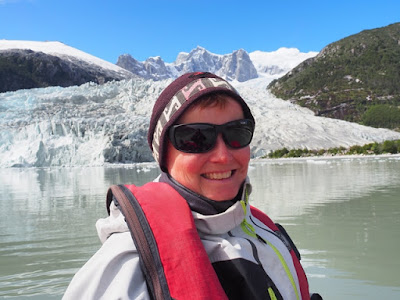 After returning to the boat we all decided we needed to see ‘our’ glacier close up.  We hopped into our respective dinghies and bombed the mile across the bay to the face of the glacier.  We drifted a few hundred metres from the face (much to the chagrin of the Cruiseship passengers on the nearby shore, I’m sure) and watched little bits calve off. 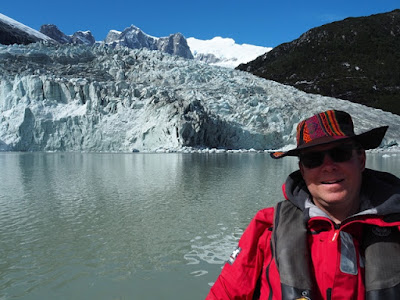 The waves this created sent small ripples out to where we floated.  We then beached the dinghies and walked up the spectacular beach to the glacier’s edge.  We stood on the beach amongst a boulder/iceberg field and watched a few more calving events (not to worry, we weren’t anywhere near the ‘danger’ area).  By this time the Cruiseship was gone and it was just us and the crew of Zephyros…alone in Tierra del Fuego. 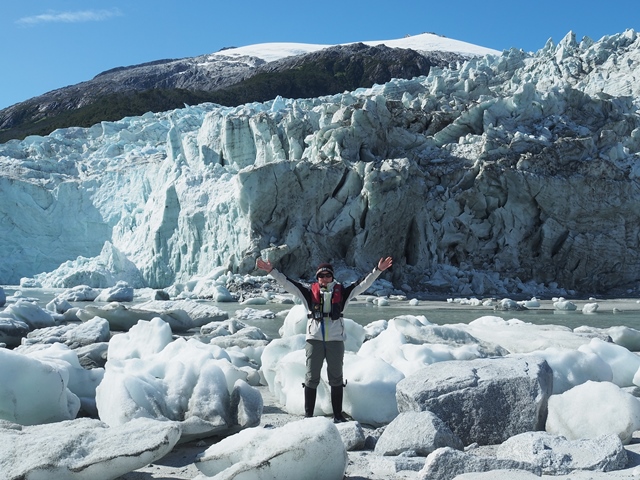 Afterwards we sat on the front deck of Sea Rover and enjoyed the spectacular views of the glacier, while sipping wine (or ginger ale in the case of Gary) made cold by glacier ice (after some careful negotiations with Daxton, the ice baron). 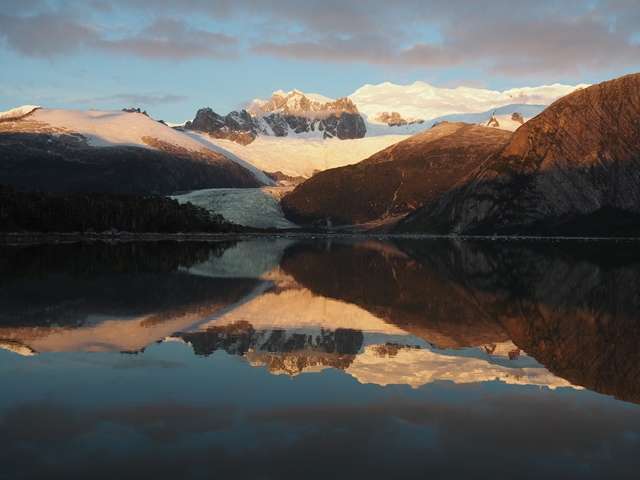 We didn’t think it could get any better, and then the sun set and cast a beautiful glow on the mountains, just as the moon was rising.  Magnificent. It was made all the more special by the realization that we were the only people in the whole world experiencing this magic moment. 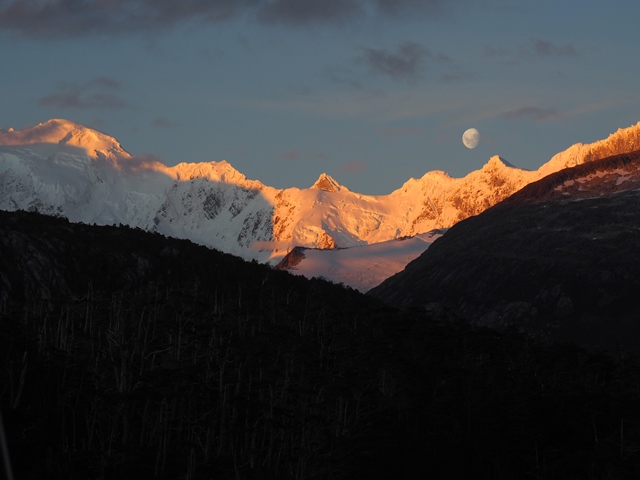